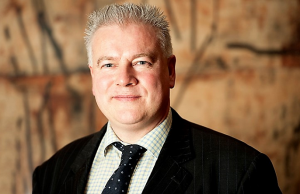 In a thought-provoking viewpoint for ParcelHero, Forbes magazine’s digital currency specialist Roger Aitken asks if Amazon will adopt Bitcoin as early as this month, and says we should all consider joining the crypto currency party.

In a wake-up call to investors and consumers, the award-winning Forbes’ cryptocurrency journalist Roger Aitken has revealed that a global petition urging Amazon to accept Bitcoin has already gained nearly 12,000 signatures.

In a Viewpoint for the e-commerce delivery specialist ParcelHero’s website Roger says the Change.org’s campaign is gaining in publicity, and argues we should all consider ‘dipping our toes’ in the cryptocurrency market.

Roger reveals the petition argues accepting Bitcoin will ‘streamline commerce’ and improve the purchasing experience for ‘millions’ of Amazon shoppers. And he says some industry pundits are predicting Amazon could make an announcement on adopting Bitcoin during its next investor call, scheduled for October 26th.

Adds Roger: ‘Fellow tech company Microsoft was famously an early adopter of the new digital currency, back in 2014. There’s little doubt that if Amazon were also to accept Bitcoin it would legitimize the currency.’  But he cautions that, back in 2014, a very similar Change.org petition drew around 5,300 signatures; but Amazon kicked the idea into touch at the time, saying it had considered the cryptocurrency but had no current plans.

It is a different market today, however, observes Roger in his authoritative blog. The value of Bitcoin has risen steeply, and are over 14 million Bitcoin wallets in use. So far Amazon has not responded to the latest demands, but how long can they resist the call?

Roger also urges we should all consider joining the ‘cryptocurrency party’: ‘Prudent thinking is that it makes sense to dip your investing toes in the water to gain some crypto exposure as a diversification from your other investments: like shares, bonds and ISAs. Bitcoin’s price broke through the $1,000 mark in late 2016 and has been on something of a meteoric rise in recent months – despite witnessing some volatile price swings – and recently has been on a high of over $4,000 a coin.’

But he warns of the 600 cryptocurrencies released, not all will be as established as Bitcoin and Ethereum and there is also ‘some real garbage out there.’ Cautions Roger: ‘Some warn Bitcoin and its fellows are all reminiscent of the Internet/dotcom of the late 1990s – a passing fad that created a bubble.’

But Roger concludes as more and more adventurers brave this new frontier it becomes harder for the rest to deny the success of cryptocurrencies and the blockchain technology that supports them.