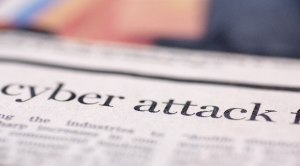 The cyber-attack on TNT Express earlier this year has slashed new owner FedEx’s profits by $300 million. But TNT is now back on track, says expert parcel broker Fastlane International.

The full impact of the NotPetya cyber-attack on the international delivery company TNT Express earlier this year has hit home, with the announcement that net income is down 16% at TNT’s new owners FedEx: from $715 million a year ago to $596 million, for its first quarter.

The global parcel broker Fastlane International says the impact of the attack has hit FedEx’s bottom line significantly.  Says Fastlane’s Head of Consumer Research, David Jinks MILT: ‘Optimistic analysts had estimated earnings of $3.09 a share because of the strong growth of e-commerce in the US; but instead they were just $2.51. As anyone who used TNT earlier this year will know the impact of the cyber-attack created significant operational challenges.  Combined with the impact of Hurricane Harvey, this created a genuine ‘perfect storm’ for FedEx in its Q1 results.’

Explains David: ‘NotPetya malware wasn’t a bug that could be fixed on payment of a ransom, instead it seems designed to cripple a whole country, Ukraine. Unfortunately, it seems likely that the international nature of TNT’s business meant it became collateral damage in an ongoing cyber war.’

But David adds: ‘TNT staff on the ground worked miracles to keep shipments moving and stem the backlog. The vast majority of TNT Express services resumed during the quarter – and all of its critical operational systems. TNT’s income has not yet returned to pre-attack levels – but FedEx is confident of its return to long term profitable growth.’

Concludes David: ‘Tellingly, excluding the impact of the cyber-attack and Hurricane Harvey, FedEx would have seen shares of $3.32 – above the most optimistic of analysts’ predictions. This shows the strong underlying growth of international shipping and e-commerce.’