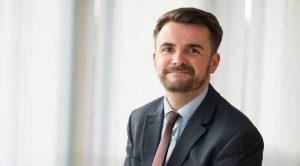 Philip Richardson, Head of Employment Law at the national law firm Stephensons said: “The so-called ‘gig economy’ – characterised by short-term contracts and freelance work, rather than permanent employment – has been making all the wrong headlines recently, with a number of legal cases bringing greater scrutiny.

“Alongside the Uber case, courier firms Hermes and Citysprint UK have been the target of negative publicity. In Dewhurst v Citysprint UK, a bike courier was recently successful in her claim that self-employed couriers were earning below the national minimum wage, a right they would be entitled to if they were classified as employees.

“The way the current system is set up is somewhat of a loophole. Companies such as ASOS, Hermes and Absolutely employ couriers but effectively have a workforce of freelancers. Yet even if these freelancers are working full time, and for only the one employer, they do not get any of the employment benefits of a traditional employer.

“The Work and Pensions Committee stated in April that the ‘Government must close the loopholes that are currently allowing “bogus” self-employment practices, which are potentially creating an extra burden on the welfare state while simultaneously reducing the tax contributions that sustain it’.

“But I don’t believe that giving couriers employment rights such as holiday pay will necessarily put them out of work nor will it automatically send the online retailers which use this business model out of business.

“In these business models, the convenience of online shopping is important for driving demand, not simply the price. Customers may stay loyal despite prices rises because of the convenience of being able to shop online and have goods delivered straight to their doors.

“While some campaigners against the gig economy have hailed the latest tribunal decisions as a watershed moment, anyone looking to these particular cases as an indication of how such matters will be handled by the courts in future should exercise caution.

“Lord Justice Underhill in the recent Pimlico decision warned against drawing any generalised conclusions from recent court cases involving the gig economy, saying future tribunals would look at each case on its merit.

“Nonetheless, recent case law should be considered carefully by businesses who seek to engage individuals on the basis that they are ‘self-employed’, despite placing restrictions on them regarding working in competition, performing work personally and working a set number of hours at a set rate.

“The gig economy may offer a cheap solution to the skills shortage but it does not come without its challenges. An employment practices review is presently underway and being led by Matthew Taylor, a former adviser to Tony Blair and appointed by the prime minister. The outcome of the review will be published in June. It will be interesting to see how the findings of this report and any recommendations will continue to add to the debate and potentially change the way in which businesses look at employing and engaging staff in the future and affect the employment rights of a significant proportion of the UK working population.”