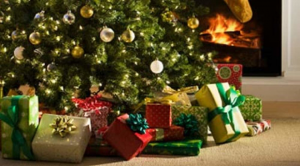 REVEALED: the thrifty tactics Brits take when receiving a present they don’t like!

Brits are re-gifting Christmas presents they have been bought and passing them off as their own, according to new research.

Astonishingly, 59% of the UK public have admitted to giving presents away to friends or family members, thus saving themselves time and money on having to purchase their own gifts.

The research by parcel comparison website, Parcel2Go, discovered one in five people would pass on presents this Christmas if they weren’t a fan of them, while one in four people would opt for the more generous option in the time of giving, by donating these to charity.

The research also revealed that one third of the public are grateful for whatever they receive and would use it anyway. However, 15% said that they wouldn’t do anything with the present at all, and 8% would try and profit from it by selling it online!

It appears that females are more resourceful with their unwanted presents, with 63% admitting to re-gifting these, compared to 54% of males.

If you are looking for inspiration for what to buy your loved ones, or not what to buy in this instance, then the findings suggest that you should steer well clear of toiletries, with 43% stating these as the least favourable presents to receive.

Electronic items are your safest bet if you are looking for gift ideas. This received the fewest votes when the public were asked what they would least like to receive with 17%.

Favourite items to receive at Christmas:

The research also found the following:

When it came to the regional stats, people in England (57%) re-gift presents the most, second to do so was Scotland (53%), Wales was third (47%) and people in Northern Ireland (25%) were least likely.

Les Yates, Global Head of Marketing at Parcel2Go commented:“Buying Christmas presents for friends and family can be a difficult task, but it appears that the UK public aren’t afraid to let their loved ones do the hard work for them and pass on present as something they’ve bought themselves!

“We weren’t too surprised that toiletries were the least favourite types of presents to receive as it’s not particularly the most exciting thing to open on Christmas morning. Vouchers seem like a more popular choice as this gives people the freedom to choose what they want.

“We were happy to find that at least one in four people who aren’t too keen on their presents would prefer to give it to a good cause by giving it charity. This is much better than it being sat at the bottom of wardrobe unused!”