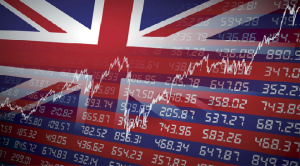 UK businesses are crying out for a resolution to the Brexit limbo. But ParcelHero’s Head of Consumer Research, David Jinks MILT, warns they should be careful what they wish for… Its latest study reveals most companies go bust immediately after, rather than during, a downturn.

Retailers and logistics companies have put investment on hold while they await the final Brexit decision. Whether there’s a hard Brexit, a soft Brexit or no Brexit, most businesses say what they most want is some kind of resolution.  ‘But perhaps businesses should be careful what they wish for,’ warns David Jinks MILT, Head of Consumer Research at the e-commerce international delivery expert ParcelHero. ‘It’s when companies have to start spending again that they frequently fail.’

Cautions David: ‘Are UK companies really ready for the next step? Our latest Industry Study , Will Brexit resolution – whatever its shape – bring dividends or disaster? shows recent downturns have seen countless companies surviving market stagnation only to go bust when economic stability returns. No matter what the outcome of Brexit finally is, when it’s resolved businesses will need to take their foot off the brake pedal and back onto the accelerator.’

‘New retail figures for May show the biggest decline on record as political and economic uncertainty took their toll, while manufacturing also slumped. There’s no doubt we are in a trough now,’ says David. ‘But when we finally do get a decision –  hard, soft or not at all – businesses have to be alert to rapidly changing market conditions.’

In 2009,  as the full impact of the 2008 subprime mortgage disaster hit the UK, 37 large UK retailers failed. As the economy hauled itself out of recession four years later in 2012 you might expect fewer retailers to collapse, but in fact 54 major UK stores went bust. In the US, the ‘Great Depression’ played out a little earlier, arriving in December 2007 and officially ending in June 2009 . Nonetheless, at the height of the recession in 2008 ‘just’ 138 public companies and 65,584 businesses failed; but in 2009, as the recession ended,  210 public companies and 89,402 companies crashed.

All the evidence is that that it’s far harder than you might expect to start growing businesses again as market confidence returns. Our new study reveals firms that cut costs faster and deeper than rivals don’t necessarily flourish following a decline. They have the lowest probability—21%—of pulling ahead of the competition when times get better.

But businesses that boldly invest more than their rivals during a recession don’t always survive either. They enjoy only a 26% chance of becoming leaders after a downturn. These businesses quickly hire more staff and purchase higher quantities of stock to keep up with increased demand. The problem is then the dreaded issue of cash flow: the time lag between investing and being paid money can be just too long for many businesses struggling to keep up in growing markets. By the time stock has been purchased or manufactured and the customer has paid, the wolves are baying at the door.

Concludes David: ‘ Whether we will be chasing new overseas markets or re-establishing connections with our EU partners, we will still be attempting to climb out of a stall post-Brexit. ParcelHero’s new study reveals it’s action taken during the period of stagnation – such as this pre-Brexit limbo –  that will make the difference between successful survival or failure.’