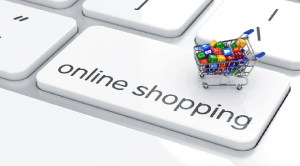 One in five online shoppers in Germany have purchased from a UK site in the last three months, according to a study commissioned by Royal Mail. Of these shoppers, the average spend on UK websites is €54 (£48) per month*. With global reach and the number one facilitator of ecommerce in the UK, Royal Mail is well placed to observe trends across the industry.

When it comes to products, the top three categories are clothes (55 per cent), books (30 per cent) and footwear (28 per cent) for German online shoppers to buy. They are also significantly more likely to purchase second hand items, garden products, furniture and soft furnishings compared to the average international shopper.

A spokesperson for Royal Mail said “We are seeing some very interesting trends in helping companies to deliver to over 230 countries and territories worldwide. The research reveals the changing landscape and for businesses wanting to grow internationally, it’s important to understand the distinct shopping habits of consumers in different countries. German online shoppers like to shop on their laptop or desktop, although there has been some shift to mobile since 2015 but not to the same extent as we’ve seen in other countries. Retailers that tune into the different ways in which consumers shop across the globe, are likely to be more successful on an international scale.”