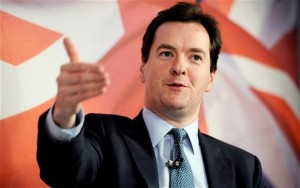 The Freight Transport Association has called on the Chancellor to freeze or cut fuel duty ahead of Wednesday’s FairFuelUK event at the House of Commons.

Chief Executive David Wells has written to George Osborne asking him not to renege on his promise to hold current levels until September.

FTA, which represents 14,000 members in the logistics industry, says the move is vital to stimulate the economy. The Association is a founder member of FairFuelUK, which will be lobbying the government at a Pre-Budget Reception on Wednesday. It has been widely reported that the Chancellor could announce an increase in fuel tax despite past promises.

David Wells has sent a pre-Budget submission to Mr Osborne to raise the issue of fuel duty, along with calls to fund driver training and make road investment a priority.

He said: “The Prime Minister and the Chancellor both continue to emphasise that the Government’s primary objective is to protect the UK economy. We believe that reducing fuel duty would make a huge contribution to this objective and we urge him to announce a cut in his Budget.”

FTA also wants the government to fund driver training to alleviate the driver shortage crisis in the freight industry and put more investment into roads.

David Wells said: “Efficient and reliable infrastructure networks are essential for a growing economy and we want reassurance that the Roads Investment Strategy will be protected. Highways England and local authorities also need enhanced budgets if they are to deliver much-needed maintenance programmes to the existing network.”

Chancellor Sunak’s promised £65bn spend, at the expense of a new

Why Getting Parcel Returns Right Has a Direct Impact on Customer