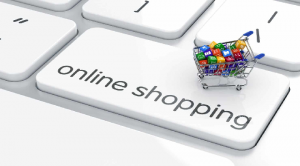 Data released from Forrester earlier this year revealed that global cross-border trade will grow more than domestic trade in the UK, US and EU over the next ten years. The report states that cross-border sales will grow 17% between 2017 and 2022, compared with 12% growth for ecommerce generally.

Of course, any growth figures are to be welcomed, but ecommerce players will be particularly enthused by the larger slice of pie available from cross-border trading.

The challenge for those not already positioning themselves internationally is to do so in a way that is failsafe. Any hard won reputation built upon impeccable UK service provision can quickly be undone if international expansion goes awry. There is no hiding place – the internet and social media know no boundaries and mistakes can be quickly and ruthlessly amplified.

There is simply no second-guessing the consumer. The onus is on ecommerce firms to do their homework and to fully understand the buying and delivery nuances that set each international territory apart.

Examples of such differences are plentiful. For instance, unlike in the UK where pick up points are only just becoming widespread, in France almost a third of products ordered at distance are delivered to pick up points.  Similarly, in Scandinavia, pick up points are the standard form of delivery thanks to the widely dispersed population.

Look further afield and yet more behavioural patterns emerge. Russia boasts the highest number of internet users in Europe – some 84 million people – and the number of online shoppers is growing steadily to now exceed 30 million.  According to a report by Stats.com nearly half of online shoppers in Russia in 2014 expressed a growing willingness to pay extra for faster delivery. Would not offering such a service alienate these buyers?

China, too, presents unique challenges. Ecommerce businesses will fail to tap into one of the fastest growing ecommerce markets in the world if they neglect to do their research. The assumption is that search engines like Google and Bling are universal, and that optimising websites to appear prominently on these search-pages makes strategic sense.  In fact, Baidu is the clear leader of online search in China, holding a market share of over 80%.

In addition to working out how items will be delivered, it’s also vital to consider how they might be returned. A good returns system is something that many companies can forget to implement or implement poorly. However, research from across the globe points to the fact that if customers find it difficult to return goods, it’s likely that they will look to a competitor next time.

Clearly, there is enormous potential in expanding ecommerce sales internationally. Equally, jumping on the opportunity without up-to-the-minute intelligence on the markets being targeted is high risk. Few ecommerce businesses have the resources internally to constantly monitor market changes, and many are recognising the need to partner with experts in order to take the first steps and to ensure processes are robust and effective in the long-term.

The power is with the consumer, no matter where in the world they happen to be located. Understand their requirements and meet their expectations and your brand can rapidly gain a global fan-base. Attempt to sell to them without truly knowing them and expansion plans can quickly result in costly retreat.