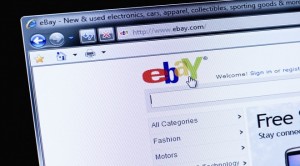 ‘Virtual currency. It’s happening on eBay’ That’s the slogan appearing on advertising at the cryptocurrency conference Consensus, being held in New York.

Since 2017 many cryptocurrency investors and enthusiasts have been predicting that either Amazon or eBay will adopt Bitcoin or other cryptocurrencies. Now the international e-commerce delivery experts ParcelHero say it’s time eBay finally put its cryptocurrency where its mouth is.

Says ParcelHero’s head of Consumer Research, David Jinks MILT, ‘The final adoption of cryptocurrencies by eBay or Amazon has long been prophesied. Yet there are good reasons why it has never happened. Only 8.16% of Bitcoin investors say they plan on using Bitcoin “for transaction or repurchases”. Instead 21.81% described Bitcoin as “a long-term store of value, like gold or silver.”

Explains David ‘The problem has been cryptocurrencies’ – including Bitcoin’s – highly volatile values. Currencies can rise or fall by an unacceptable level even while a transaction is being processed! That’s not tolerable for most online retailers. And transactions can take hours to validate, which is no use for people trying to buy things.’

So Bitcoin enthusiasts have not been exactly chomping at the bit and Amazon has always kept at arms-length from the rumours.

In fact, says David, it has always been eBay that has seemed the keenest on adopting cryptocurrencies. “Scott Cutler, the senior vice president of eBay Americas stated well over a year ago that cryptocurrencies payments could be part of its future plans’

At the time Scott stated: “This is a trend that everybody is talking about, but sadly, at eBay, we don’t currently accept Bitcoin as a form of payment. We’re seriously considering it as these cryptocurrencies become more of a mainstream payment instrument, but we’re not quite there yet.”

Now it seems the answer to the issues of currency fluctuation and transaction time might lie in a third-party payment platform, similar to eBay’s relationship with PayPal.  Says David: ‘A former eBay exec helped build Utrust, just such a payment system. And we noted Utrust’s website highlighted the event in its diary!’

Says David: ‘Retailers using Utrust can accept several cryptocurrencies at once and payments can be instantly converted to fiat currency — protecting traders from market volatility. That might make it the tool needed to tame cryptocurrencies enough to make sense for eBay.

Of course, there are more cryptocurrencies on the blockchain than just Bitcoin. Binance is also rumoured to be taking part in discussions with eBay at Consensus. It too may form part of eBay’s cryptocurrency strategy to embrace a spread of cryptocurrencies.’